How Can you Buy or Rent in Safed?

How Can You Find Property to Buy or Rent in Safed?

Safed Old City real estate is different. As is the case with a select few other areas of Israel, the Old Jewish Quarter is made up of properties that belonged to Jewish owners hundreds of years ago. These properties are "tabu", and buying them involves tracking down the descendants of the original owner in order to complete the sale.

This is one reason that there are so many unclaimed properties which have fallen into ruin in Tzfat's Old City, and are not being developed, even though the Old City is a desirable area where people both wish to live and to invest.

People  have, however, managed to research ownership of properties and buy them, and slowly, more and more properties are being bought and renovated. 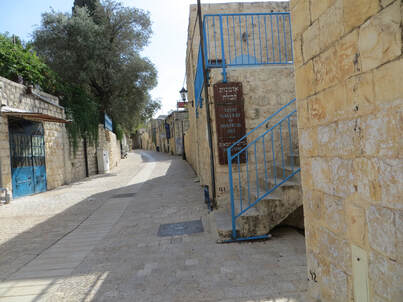 One well-known story in Tzfat concerns a young man who, upon completing a stint of volunteering in the city, located an abandoned property in the Jewish Quarter with one visible floor. In the days before emails and internet, he spent months and years tracking down the dozens of descendants of the original owners, and one by one, succeeded in purchasing each one's percentage of ownership.

Once ownership was ascertained he began to excavate the property. Centuries of landslides caused by earthquakes, and subsequent disintegration due to neglect had created a property which was almost totally buried under dirt and rubble. Once it was excavated the house proved to be a massive 3-story house. There are still more rooms waiting to be excavated which are presently underground. 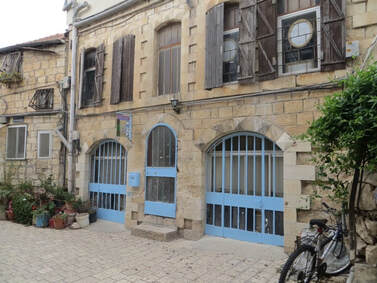 A second story, equally famous in Tzfat's modern history, concerns a buyer who had almost despaired of locating the owners of a property that he wished to buy. Just as he was about to give up, he heard about a family wedding that would be taking place in Tel Aviv for one of the descendants of the original owner. The prospective buyer went to the wedding and mingled among the guests, gathering names and addresses - after the wedding, he was able to complete the sale. 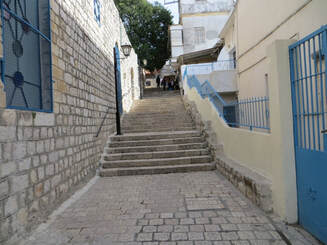 Real Estate in Tzfat is divided, more of less, into neighborhoods:

Old stone houses, each built differently than the one next door. Many were built hundreds of years ago. Some are renovated, some are not. Some are damp, some are not. Prices in this area tend to be among the most expensive in the city but there are opportunities for fixer-uppers.

Cana'an and Darom Neighborhoods of Safed

Neighborhoods built in the '50s, '60s and '70s. Mostly apartments. Generally the least expensive properties in Tzfat. Many of these neighborhoods are the "Haredi" (Ultra Orthodox) neighborhoods of Tzfat, including Meor Chaim and Kiryat Chabad, though religious and Haredi residents live throughout all areas. Although these are "cheaper" areas, and the residents are often low-income, there is no problem of increased crime or "undesirable elements" in these neighborhoods - people are friendly and family-oriented.

Called "B'nei Beitcha, Neve Oranim, Biriya, Nof Kinneret, Menachem Begin and Ramat Razim, to name a few. These outlying suburbs of Tzfat are mostly detached homes or duplexes and are suburban-looking. These are mid-priced areas, outside the Old City/Artist Quarter of Safed (approximately a mile from the city center) and are generally inhabited by families.

​The populations of these areas are mixed, religiously. 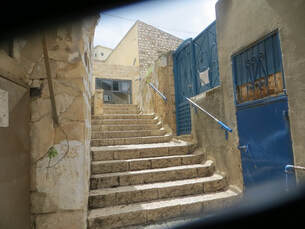 Following is a list of SOME of the real estate agents in Tzfat. Phone numbers are given as if calling within Israel - if calling from outside of Israel, dial "972" and then drop the first "0" of the number. Tzfat real estate agents listed as "recommended" are agents who the website administrator has had experience as reliable and helpful agents.  Listings often appear on the Tzfatline listserve-- subscribe (for free) at tzfatline@aol.com and check out the Tzfat Facebook page